Buying for that someone who has everything!

Let's just say you have a cousin who has everything she wants.... well, maybe except that $81 million dollar Monet Haystack painting that was sold less than two weeks ago at Christie's auction house.  And clearly you don't have the budget that even come close to affording that insanely priced painting, what do you do?

If you have been following my blog for awhile, you know I love buying artist collabs utilitarian stuff. Here's a collection of art x stuff (much more affordable than the Monet Haystack) that you can afford to giveaway as Christmas gifts.  And who knows, they may go up in value 50 or 100 years from now!!  ;) 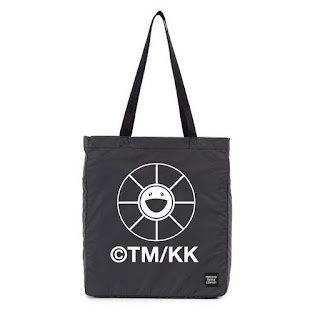 Flower Packable Tote Bag.  $26.  This is a tote bag by Herschel Supply co. and is a great bag on the go.  You can fold the tote bag to 6" x 8" and just stick it in your purse.  The bag is designed by Takahashi Murakami for Complexcon.  At $26, you can't really go wrong. 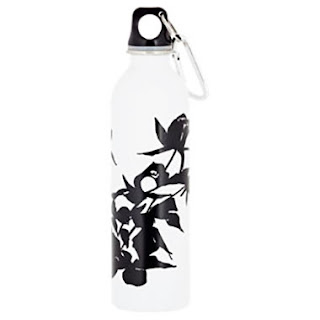 Water Bottle.  $28. This water bottle is designed by Alex Katz for Art Production Fund.  It's a perfect water bottle for using at a gym.  Just because you are sweating doesn't mean you can't be stylish at the same time. 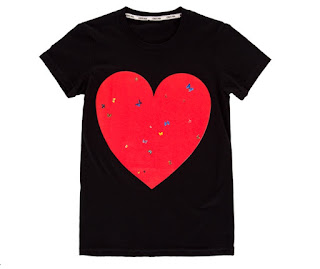 All You Need Is Love T-shirt.  $38.75.  This T-shirt, designed by Damien Hirst for RED few years ago, is still on point.  All profit from the sale of this t-shirt goes to RED that finances programs to fight AIDS, tuberculosis and malaria in Africa.  Fashion never looked so good.

Come to think of it, this is a perfect outfit for your cousin's yoga class!  She can use the Murakami tote to carry her Katz water bottole and Hirst t-shirt to her gym.  Now if only I can find an artist designed yoga mat....


Posted by Purefecto at 9:00 AM No comments:

The best hotel in the world!

According to Conde Nast Traveler readers, Eden Rock in St Barths is the best hotel in the world.  Surely Pippa Middleton, whom had vacationed at ER, agrees as her in-laws to be are the ones who own the resort.  But just how good is Eden Rock?  I set to find out for myself.

The motto of the hotel is "Anything is possible".  And that's pretty much the attitude of the staff at Eden Rock I encountered.  Service is over the top and finishes of the rooms are either eclectic or luxurious.

After arriving from St. Martin via a propeller plane, the only way (besides boating) to reach St Barths island as the existing runway is short, you are whisked away by the staff of Eden Rock.  Bottle waters and cold towels were supplied in the one minute car ride to the resort.

My room wasn't ready but they provide me with a small temporary room that I can stash my stuff, take a nap, change to a swim trunk, or take a shower.  Very thoughtful.  I imagine these rooms are used quite often for people who arrive early or with super late checkouts.

The hotel is basically laid out in three sections.  In the middle section, you have the rock where there are several categories of rooms available.  The cheapest ones are called Legacy rooms where essentially you are facing away from ocean and to either garden or mountain views.  The most expensive ones are the ones facing ocean.  Christopher Columbus suite is the most expensive and newest.  It's essentially a huge one bedroom suite with insane views.  Above Christopher Columbus suite is Howard Hughes suite which is the second most expensive suite on the rock and is currently under renovation.  It is being made into a two bedroom suite.  I imagine it would be perfect for a family with kids or two couples.  Like Christopher Columbus suite, it also has fantastic views.  De Haenen Suite is below Christopher Columbus suite and has similar view as CC suite although the finishes is much more eclectic to reflect Mr. De Haenen's taste.  Mr. De Haenen was the original owner of Eden Rock resort.  Last but not least, Garbo Suite also has wonderful views of the ocean and cost about the same as De Haenen suite.  The difference is De Haenen suite has front and center view of the ocean but ceiling is lower hence feels less gracious where as Garbo suite view is not as good as De Haenen but ceiling is higher hence the room feels more spacious.  There are few other premuim suites on the rock such as Fregate and Harbour House.  They are currently under renovation so I didn't get to see them.  They have bay view and are cheaper than De Haenen and Garbo suites.

The right section is compose of Fontaine, Michaels, and James suites.  James being the largest of them all and have a private dipping pool and ocean/ bay view.  It's priced higher than De Haenen and Garbo suite.  If you are coming with family, Fontaine is a good option as it has two separate bedrooms (the master has view of the bay whereas the other room has minimal views) and an interior private pool.  Michael is basically a smaller version of James suites.  I would say the con to stay on this side would be it's literally next to Nikki Beach thus you will definitely get lots of noises during lunch time.  I believe Nikki Beach closes at 7PM.

The left section is composed of beach houses and two ultra luxurious villas.  If you are in the mood to spend money, Villa Nina or Villa Rockstar is definitely for you.  Both villas, next to each other, are huge with Villa Rockstar the biggest property at Eden Rock.  Finishes at both villas are insane and if you have a large entourage, you can even combine both villas as the wooden wall between both villas can slide open to create a gigantic villa.  Both villas also have parking space for your car rental.  I believe Villa Rockstar comes with it's own car.

If spending five figure daily rate is not in your budget and you have more than two people in your party, I would highly recommend Frangipani which is the villa I stayed in (although if you go during December through March, which is their high season, Frangipani is priced at five figure).  It's a three bedroom villa that comes with its own kitchen, two outdoor dining areas, a private pool (the most private at Eden Rock, even more private than the ones at Rockstar and Nina as no one can see in), a Jacuzzi, and a large rooftop balcony.  It's essentially two buildings connected by a shared garden.  One of the building has kitchen, living room, and powder room downstairs and a bedroom with bathroom upstairs.  The other building has basically one bedroom suite upstairs and one bedroom suite downstairs.  The design is quite smart as the way they layout the bedrooms, it can function as three separate cottages.  The only exception would be the rooftop terrace is shared unless they put up a removable wall which I think they should in case they can't rent out the whole Frangipani suite, they can break it up and rent the buildings individually.

I would say Beach House side (left section of the resort) is the quieter side of the resort and probably the most convenient as you are just steps away from the powder white sand beach but far enough away from restaurants where most of the noises will be coming from.

The food at Eden rock is quite good.  I went to Sand Bar, their beach restaurant, to grab lunch and let's just say their truffle pizza is possibly the best tasting pizza I ever had.  It oozes truffle oil and is super fragrant and tasty.  Rock bar is nice.  They serve you nuts with truffle flavor and they are free!  I find it almost funny that even warm nuts are drenched in truffle.  Can it be more over the top than this???  It's just one of the luxurious details that made Eden Rock number one in the world.  I thought the food at On the Rocks was solid.  I was hoping for Jean George NYC level great but it definitely was not.  I thought L'Isola restaurant in Gustavia and the main restaurant at Le Toiny resort are a notch better than On the Rocks.  By the way, food prices at St Barts is not that expensive when you are used to NYC and SF prices.  It's on par with both cities.  However, if you live outside of those two places, prices may come as a shock to you.

I went to see the beach at Cheval Blanc resort as I heard they have a nice beach as well.  I have to say I thought Eden Rock's beach at St Jean bay is prettier.  The wave is also stronger at Cheval Blanc.  Since I'm not a good swimmer, I prefer Eden Rock's gentle waves.  There are turtles in the St Jean Bay.  I was lucky to saw couple and actually swam with one for a good twenty minutes.  Besides turtles, there doesn't seem to be a lot of fish....specially when compare to Hanauma Bay in Oahu.  Nonetheless, the water is so clean and color is absolutely gorgeous.  The ocean color is prettier than the ones I seen in Hawaii or Bali.  Eden Rock also assign you to same lounge chairs for the duration of your stay so you don't have to get up early to grab your seat which is nice.

Overall, the service level is very high at Eden Rock.  I find all the staffs extremely friendly and helpful.  The hotel is centrally located and if you are into the "scene", it's an absolutely no brainer to stay here.  Sand Bar is one of those place that is great to people watch and being seen.  Because the resort only has 34 guest rooms and villas, it is routinely sold out especially during Christmas holiday.  Many of their guests come back year after year staying in the same room.  Depending on when you come, prices can sometimes double!  Would I return again?  Absolutely!  I thought the guests I met were all very nice and not snobby at all as one may have assumed.  The Eden Rock experience was worth the money.  At the end of the day, you get what you pay for.  Have I seen better finished resort rooms?  Yes.  But if you routinely travel, you know hardware is the easy part.  It's exceedingly hard to get the right service staff.  This hotel staff are all topnotch.  They are best of the best.  It is the combination of gorgeous beach, perfect staff, delectable French cuisine, and friendly guests that made this resort a must stop for every globetrotter.
Posted by Purefecto at 9:00 AM No comments: