Well, if you have been loosely following fashion news, you probably know that Gucci, Valentino, and Saint Laurent Paris are the "in" brands right now.  If you follow fashion closely, you would know that Hedi Slimane had left SLP in the spring which makes this FW2016 collection his last one.  And let's not forget the latest news at Valentino is that Maria Grazia Chiuri jumped ship to House of Dior and left Pierpaolo Piccioli at its helm as sole creative director.  Given the messiness of "divorces", the only steady ship within this trio is Alessandro Michele who took helm of Gucci just last year!  Whew, are your heads spinning yet?!

This new Gucci is far from Frida Giannini's.  I felt she played safe and pretty much just rehashed what Tom Ford did.  But then again, it's hard to follow Tom Ford... after all, he did revived a pretty much dead brand that was heading the way of Pierre Cardin.  However, it's hard to recall such a quick resurgence of a brand within such short gap between its last revival.  Much credit to Alessandro that he was able to execute his vision flawlessly.  Regardless if you like the new Gucci look or not, at least it's not a rehash of Tom Ford's vision.

I'm not a big fan of some of his super exaggerated retro pieces but here are the ones I like:

Cotton Polo with Snake embroidery; I like the embroidery around the collar. 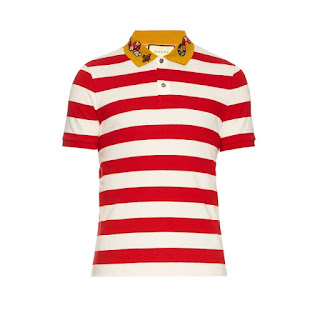 Leather jacket with embroideries; I love this blue. 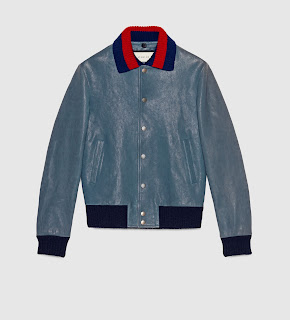 Viscose jersey sweatshirt with web; I don't wear that much sweatshirts but I thought putting webbing on a sweatshirt is interesting. 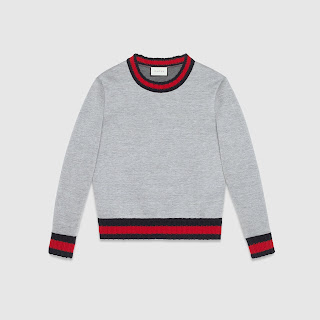 Silk bomber jacket with embroideries; I love the new trend of souvenir jackets so bring on embroideries! 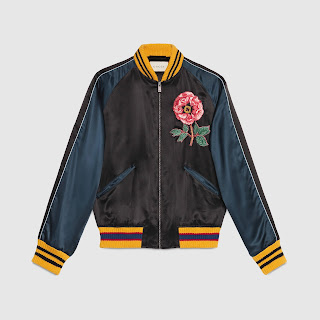 A trash can you definitely don't want to throw trash in! 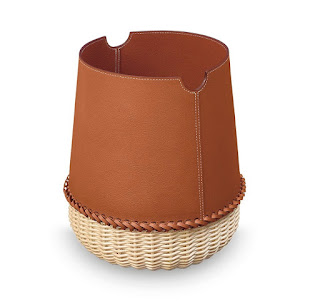 I really can't imagine anyone throwing trash into this Hermes Equilibre d'Hermes wastebasket.  I mean after all, I would not want to get that exceedingly expensive wastebasket dirty would I?!  And where's my lotto tickets again?!  LOL.  Joking aside, I do get that the leather is all hand dyed and everything is hand stitched on this beautifully designed trashcan.  I'm pretty sure that the canning on the basket as well as the leather strapping near the bottom is all hand done as well.  Be forewarned though, this will probably be the most expensive trash can (cost is equivalent of a Birkin bag) you have ever purchased in your life unless you have trash cans made of gold!!!
Posted by Purefecto at 9:00 AM 2 comments:

A perfect Christmas gift for that Fashionista!

Just came across an article on Lanvin's wooden chess set based on illustrations by Alber Elbaz.  As everyone knows, he was ousted as head designer from Lanvin recently.  However, his spirit at Lanvin lives on with this whimsical chess set.  I can totally see this set displayed on a coffee table or on a desk of a fashionista.  Heck, I'm very very tempted to buy one myself!  Get yours at Net-a-Porter!
Posted by Purefecto at 3:52 PM No comments:

Perfection at a Japanese restaurant 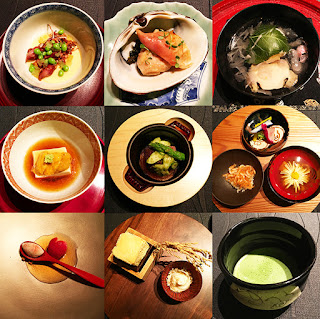 If you are looking for French and Japanese fusion food, you go to Narisawa.  If you are looking for pure unabashed traditional Japanese food, you go to RyuGin in Tokyo.  Chef Seiji Yamamoto makes his magic in this small restaurant and what you get is fresh traditional Japanese ingredients that transform into pearls of delectable yums.  This restaurant ranks #2 in Japan and #31 in the world according to S. Pellegrino's the World's 50 best restaurants.  But honestly all the restaurants ranked in the top 100 are pretty much on the same level.  I can't say Le Bernardin (#24) is better than French Laundry (#85) by a mile.  If anything, I prefer French Laundry to Le Bernardin.  It's a personal taste.  One thing is for sure though, I never had a better pure Japanese meal than at RyuGin.  What he created for me was just eatable Japanese art.  If you get a chance to go to Tokyo, do not hesitate and make a reservation there.  Your stomach will thank you!  BTW, if you love uni, this is the place to get fresh uni.  It's so fresh and tasty here that any other uni you have anywhere else in the world will not be able to come close.

Posted by Purefecto at 3:46 PM No comments:

One of the hottest trend right now in men's fashion is Souvenir Jackets and I'm sure that trend will last for few years so one should definitely get one if you don't have such a jacket in your wardrobe.

You may ask what is a souvenir jacket?  Well, souvenir jacket, also known as Sukajan jacket/ Yokosuka embroidered jackets/ 橫須賀ジャンパー, was popularized by American soldiers.  After World War II, American GIs who stationed in Japan wanted to commemorate their stay in Japan before heading home.  So what do they do?  They commission silk satin jackets with motifs they associate with Asian culture: tigers, dragons, and eagles, etc.

There are many places you can get vintage Sukajan jackets such as Ebay, Craigslist, etc.  Brands like Gucci, Valentino, Saint Laurent Paris also have their own versions...   Here are some of my favs from this past and coming season:

This one from Gucci is reversible so when souvenir jackets are no longer in, you can just wear the jacket inside out!  Price of one for two.  My kind of jacket!  SS16 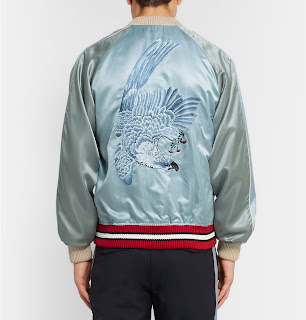 This one is from Valentino from FW16.  A different take than most souvenir jacket motifs! 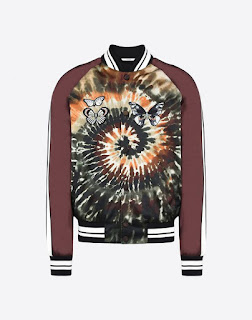 And if red is your color of choice, Louis Vuitton has one just for you! Gorgeous crane embroidery in the back.  SS16 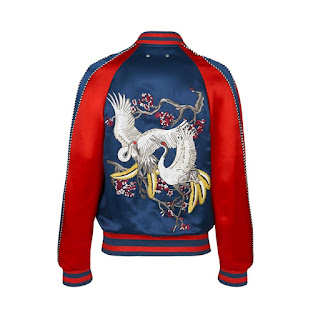 Buy art or not to buy art, that is the question

If you have followed me on this blog for the past few years, you know I have suggested you guys to pick up some limited edition artwork here and there.  While art, like stock, is never a sure thing, but I always feel if you buy a blue chip artist's work, most likely it will increase in value while give you joy daily.  Of course most of the blue chip artist starting prices typically is five to six figures and often they can command seven or even eight figure for masterpieces.  I certainly don't have the budget for those one off pieces so I go for limited edition that are published by museums and charities by these artists.

Today, I went back to see the pieces I have recommended in my blog and did a search on the internet to see what they fetch today.  Here's what I found: 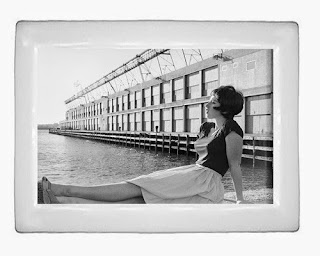 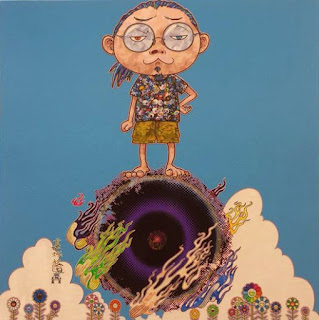 On September 22, 2014 (almost two years ago), I recommended you guys to buy a limited edition print by Takashi Murakami whom is probably most famous for his collaboration with Louis Vuitton.  This print was sold on Yoox.com and you have two options.  One is called Contemplating Dark Matter and the other is called Standing on the Bridge, Linking Space and Time.  The run was 125 pieces each at $585 a pop, which includes frame and matting plus shipping.  If any of you have custom frame a print before, you know how expensive it is!  A quick search yield someone on Ebay in Ireland selling theirs for $950. 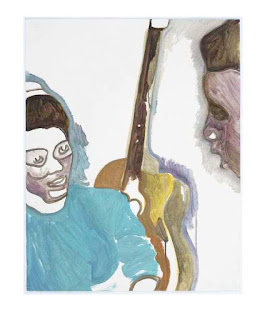 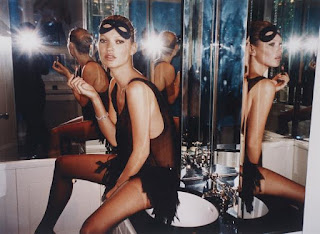 On December 26, 2012, (three and a half year ago), I recommended you guys to buy a limited edition print by fame photographer Mario Testino.  I even give you a discount code to save you £250.  I recommended the Kate Moss print as I believe it would be the more valuable among the selection.  This print had a run of 175 pieces at £1200 a pop but with discount code, the price dropped to £950.  This is by no mean pocket change especially back in 2012; one pound was worth about 50-60% more than dollar.  Fast forward to January of 2015, one was sold for £7,500 at Phillips auction house. 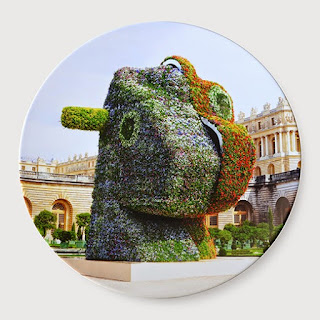 Although not everything I recommended had gone up in value yet.  Case and point, I recommended to buy Jeff Koon's Split Rocker plate for $475 on December 4, 2014.  Unfortunately the edition is still not sold out so until it does, the value will remain the same if not somewhat lower on the secondary market.

Buying art is not always about investment.  I always believe you have to love what you buy.  But I do think if you stick with blue chip artists' limited edition artwork, you are likely to rip the rewards few years (or a decade) from now.


Posted by Purefecto at 9:00 AM No comments: