Nazi looted art trove found in Munich that is valued up to $1 billion euros! 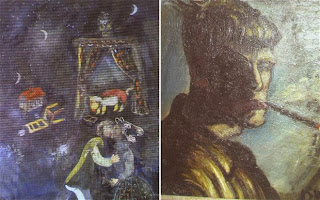 Just read an article on NY Times that an apartment in Munich held over 1,500 works of art that Gurlitt (one of Hitler's art advisor) stashed away for himself.  Apparently Gurlitt, his wife, and now his son had been selling the artworks off one by one through the years to support themselves.  German government found the trove in February 2012 but failed to inform the world until now. Apparently the stashed away treasure includes art works by Matisse, Picasso, Dix, Chagall, Marc, Toulouse-Lautrec, Liebermann, Kirchner, Beckmann, Dürer, Canaletto, Courbet, etc.  Basically the who's who in any art history book.  Custom officials are not going to make art works public but ask people (or descendents) who had art works looted by Nazi to contact authorities directly.  I think the easiest way for rightful owners to come forward would be sell the artwork in a group of say hundred at Sotheby's and Christie's auction house.  You bet any rightful owners of any looted Nazi artworks will read that catalog forwards and backwards.  Any artwork not claim, the proceeds should be donated to Jewish and gay causes.
Posted by Purefecto at 9:00 AM