Do you want to have something in common with Leonardo DiCaprio? 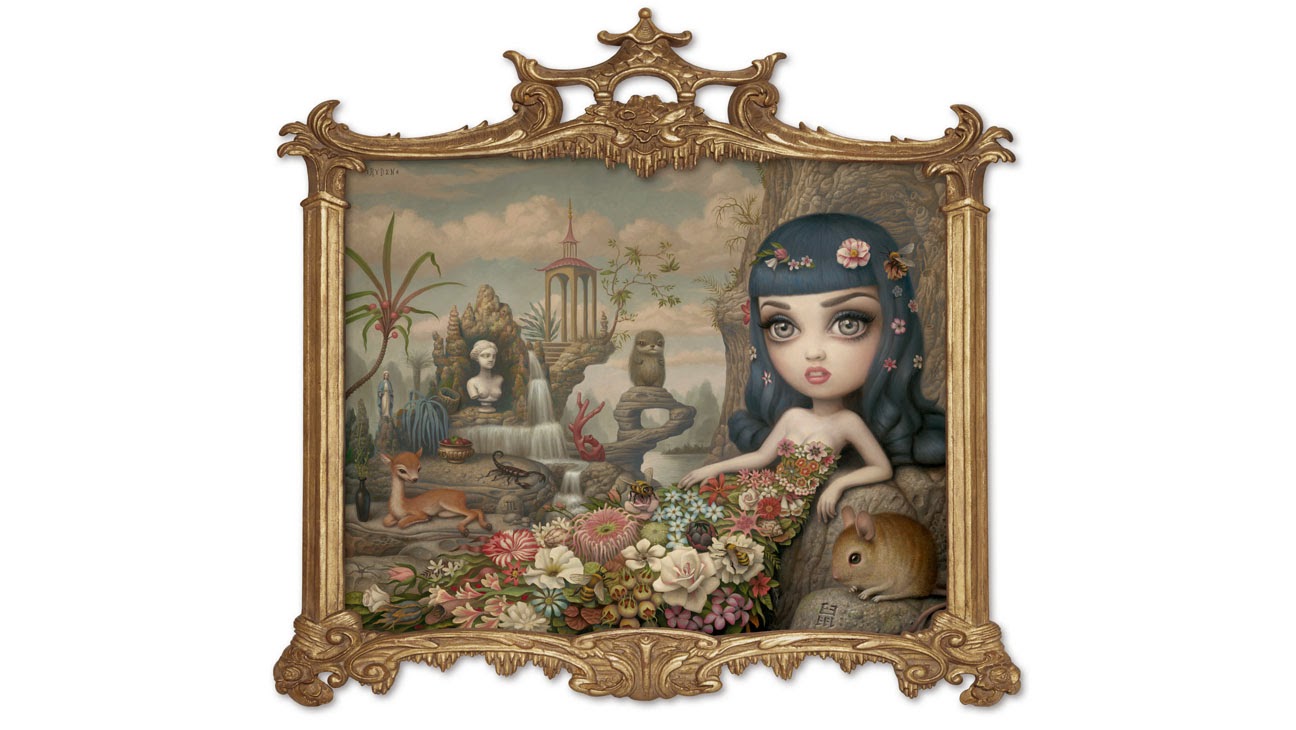 Even New York Times is writing an article on Mark Ryden.... That's when you know you have made it despite all those art world taste makers cringing at his kitsch paintings.  No matter, Hollywood celebrities are clamoring for his work; from Katy Perry to Amanda Seyfried to Leonardo DiCaprio.  Even the infamous Lady Gaga meat dress was inspired by one of his painting.  His new show, The Gay 90s, opened on May 3rd at Kohn Gallery in LA.  His regular paintings sale for 200k to over a million.  But you can have one of his limited edition print for much less than that.
Posted by Purefecto at 9:00 AM