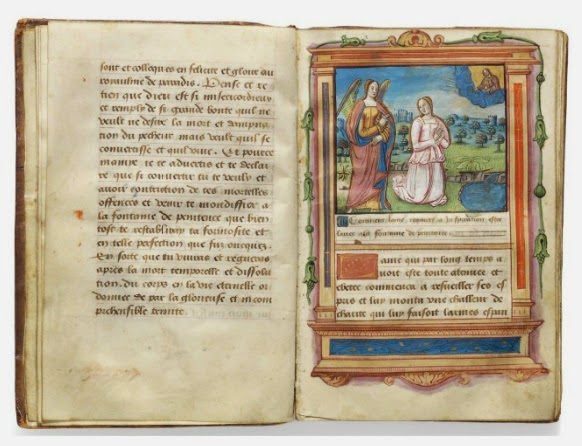 We all heard of William Shakespeare and Leonardo da Vinci, but how many of us heard of any names of female authors from Renaissance period? Or are women during that time even educated enough to write a manuscript?!  As anyone can imagine, majority of the population can barely read thus having a publish female author is extremely rare.  Luckily, Christie's recently found some manuscript by Catherine D'Amboise.  This is the third known prose work attributed to her.  In a world dominated by male writers during Renaissance, this manuscript is a rarity indeed.
Posted by Purefecto at 9:00 AM