It's that time of the year again.  The last calls at various department/ online stores are in full force.  So far, Saks, Bergdorf, and Barney's have hit the "up to 75% off" sale.  Neiman, on the other hand, is still stuck at 55% off.  But I'm pretty sure they will get in line soon enough!  After all, one only have so much money to spend, and people are not likely to wait till Neiman to go Last Call before heading to other clothing stores to grab all the good deals.

First up, Bergdorf Goodman.  Not much is left online and the perennial that's not really 75% off does apply to their online store.  Case and point, Moncler is still only 50% off among what's left.   But these days, only very few Moncler stuff ever goes on sale anyway and there is couple wintery looking jacket/ vest that smart buyers can pick up now for later usage.  Most of the Saint Laurent stuff are not even close to 50% off with few exceptions here and there.  But since Hedi left, this is the second to the last season you can pick up his work so buy what you can before it's too late.  Valentino stuff are also slim picking and most are barely 50% off anyway.  Honestly, I would say skip the Bergdorf website unless you have nothing better to do as the "in" brands is pretty much only 50% off if that with couple exceptions. 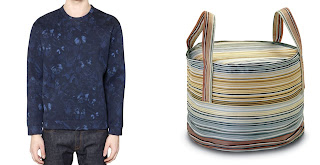 Next Saks.  There is a Saks in SF so I went there to see what's up since nothing much is left online.  I have to say in person, there are a lot of stuff.  If you like Givenchy, they have a pretty decent selection.  But as you Givenchy lovers know, everything is cut either super big or regular.  You just never know.  There are some camubutterly neoprene sweatshirts.  I think they have all the sizes.  If I didn't have the hoodie version already, I would have totally jump on them since they are 75% off.  Yes, literally 75% off.  Not up to.  Saks really have the best selection in SF of the Last Call markdowns IMO.  If you are in SF, you should definitely hit it up.  Unfortunately I didn't see any accessories or shoes on sale at Saks.  So that's the downside.  What's left online in the men's section is pretty pathetic.  No need to bother.  They do have the late Starchitect Zaha Hadid Rim Vessels cups online for sale at 70% off in the home section!  I believe the price is for a set of four.  These will be a collectors item for sure since I don't think it's widely distributed.  Plus the designer is dead so there isn't exactly going to be lots more of Zaha Hadid home stuff in the future (if any).  There is also decent amount of Missoni Home stuff on sale.  Some of them are only 30% off while others are 70% off.  My suggestion is buy the 70% off stuff online and head to Gilt.com for other Missoni Home stuff.  There is also a healthy selection of Alessi stuff.  Alessi barely ever go on sale so this is pretty good.... although the markdown is only 30% off.  Kinda lame. 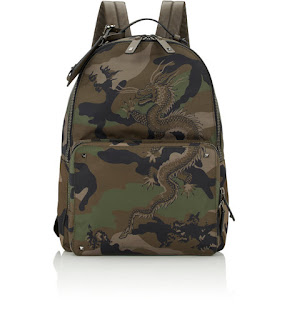 The third one I would mention is Barney's New York.  Honestly, there isn't much left online to buy.  They do have a pretty decent selection of Valentino stuff on sale.  Sadly it's 60% off not 75% off like Saks in person.  In store they have the wolf version backpack here in SF on sale.  Online you can find the dragon backpack on sale.  I like them except I don't ever carry a backpack.  I guess if you live in NYC, then this maybe a good buy for you.  There really isn't much left in store.  I saw a Gamme Bleu sports jacket that look like something out of circus (black and what stripe pattern).  That was the only Gamme Bleu stuff left (and for good reason).  Not a lot of shoes left either.  One Valentino Camo hightop left.  I think it's a size 10.  Couple Christian Louboutin spikes shoes available if you are into Loubs.  Speaking of Louboutin.  On the ground floor, there is quite a few Louboutin card case/ wallet left.  I didn't bother to see how much they are but I suspect probably around 60% off. 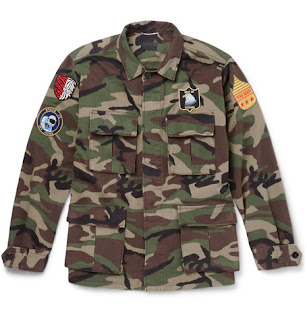 Who could forget MrPorter?  Good thing about MrPorter is that not only they don't charge sales tax, they are up to 80% off too.  So you can always find a good deal or two.  Sadly what's left of their Valentino selection is only 40% off.  Comparing that to Saks' 75% off, it's kinda a turn off.  The best piece that's left is the Color-Block leather varsity jacket.  But at 2k+ after 40% off, it's still quite an investment.  There are still quite a bit of Balmain left.  Most of the stuff are only 50% off so not terribly attractive at this point.  I think their collaboration with H&M late last year probably turned off most of their loyal customers.  I'm not surprised MrPorter still have plenty of Balmain left.  Bottega Veneta are mostly 60% off.  The selection is not great but it does have a panelled cotton jersey zip up hoodie left in size 46 and 48.  I'm all about hoodies these days and at 60% off I think it's buyable. There is a pretty good selection of Saint Laurent stuff left.  Discount range from 30% all the way to 70%.  The 70% off stuff is mostly leopard print stuff.  Think Peggy Bundy!  LOL.  I think the best piece left is the Camouflage print cotton field jacket at 50% off.  There is one S and one L. 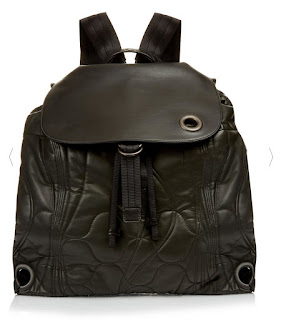 Lastly MatchesFashion is an interested place to buy from.  Not least it is based in London and you can actually choose to pay for your stuff in English Pound.  Unless you live under a rock, I'm sure you heard of Brexit.  Along with Brits exiting EU, English Pound plunged about 10% against US dollar.  It had since gained a percentage or two against dollar.  So you can actually arbitrage the currency difference and gain more discount by paying for your stuff in English Pound!  Typically Matches stuff are about 20% below suggested retail so even though most of the stuff are only 30-40% off, you are really getting about 50% off.  If you added weak English Pound on top of that, you can get about additional 10% off advantage.  The best piece in the sale category is the Bottega Veneta Quilted-Leather backpack at 949 pounds (retails for $3900 in USA).  While that is definitely not cheap but it had already been marked down 70% off plus with the currency arbitrage, this presents an insane steal opportunity.  Another very unique purchase opportunity is option to buy some discounted Gucci clothes from this season... some at 40% off!  Gucci had a 30% off sale about a month ago and since then, no current season clothes have gone on sale either at Bergdorf, Saks, or Barney's.

There's definitely bargain to be had this season if you dig deep within stores/ websites.  I'll be reviewing some of my favorite pieces for the fall/winter of this year soon. Until then, happy hunting.