I had a chance to hop to a few Target stores in the SF bay area on Sunday (9/15).  Didn't see the whole collection.  Quite a few of the pieces were online only.  So I guess I shall see them when I finally get everything I ordered (one can only hope.  It's Target.com after all so you never know).  I did try on few pieces and touch few others.  Here's my take: 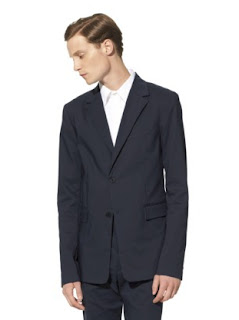 These run one size bigger than normal.  So if you are a typical EU 50 like me, you would need a M not a L.  The M actually fits quite well on me.  Sadly I feel the proportion of the jacket is off.  The length of the jacket, IMO should be an inch shorter (you can clearly see in their model picture above that the sports coat is too long).  If you are looking for fashion type of sports jacket, you should not get this unless you are willing to take it to a tailor (or if you are good at DIY) to have it shortened by an inch.  But as one may have guessed, it will cost the same as the jacket if I were to take it to my local tailor so the sports jacket was a thumb down for me.  The blazer is partially lined. 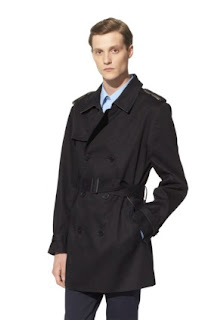 I only got to try on the khaki color ones.  The black ones are online only.  Again, the sizing is on the large side.  But of course that depends on if you wear a suit underneath or not.  If you are looking to wear this trench with a long sleeve shirt or a t-shirt, then you should take a size smaller than your normal suit size.  For me, that would mean getting a M instead of L.  The coat is not lined but at $80, I don't expect it to be.  The fabric feels nice and solid not flimsy.  I am also getting the black version which I feel looks more chic than the typical Inspector Gadget trench coat color.

Addendum (9/16): I did finally find a S to try on.  I can still fit in it but it's more on the snug size.  If you are into slim cut and if you are slim, then S is definitely the way to go.  I suspect if you normally wear a M but with a slim body, you may find even S is a bit too big. 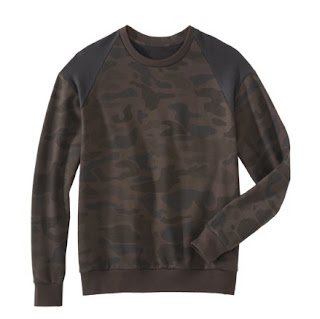 I ordered both in L online last night.  Of course both are terribly oversized as I try them on in person this morning.  Again, if you are a typical L, you will need a M.  There were so much room when I tried on the color block L sweatshirt.  So if you have a large beer gut, then go with the L if you typically wear a L.  If you are on the trimmer side or slim, you should definitely take a size down.  The construction on the camo sweatshirt feels better than the color block one.  The seam where black meets gray looks a bit funny in person.  But that's just personal opinion.  I do wonder since these are not yet washed, perhaps hot water plus dryer can make a L into a M???  Will have to test that out.

Addendum (9/16): I thought black/gray color block sweatshirt and camo sweatshirt is cut the same.  Not so.  I compared size M for both.  The camo is 2" shorter in body length and 1" shorter in arm length.  Not sure if that's because maybe my camo M was mislabeled or they are just differently.  When my online order gets here, I will be better able to confirm this.  Color block M sweatshirt is still rather large on me.  But I would call it roomy I guess.  The camo M is what I would call slim cut. 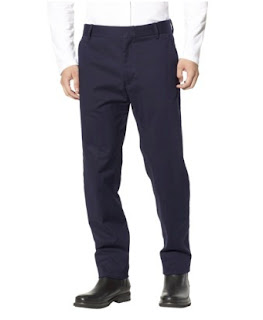 The pants sizing was correct.  At least for me.  It's a normal waist pants (ie. the pants button closure hits right below your naval).  I've not worn such a high waisted pants for awhile.  But I suppose it's not technically high waisted since that would mean the pants closure would be at naval or higher.  The fabrication is nice.  I ended up buying the navy one in person even though it was not on my to buy list.  And I also ordered a khaki one online. 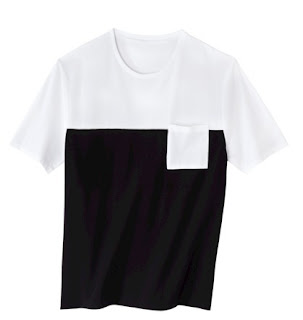 I didn't get one as I feel it's very Marni-esque.  It also looks kinda flimsy in person. Not my thing. 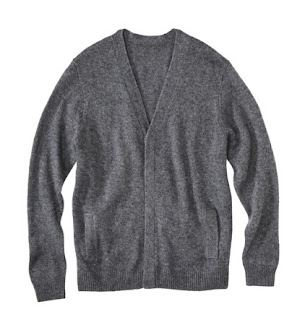 Honestly, they were too plain for me.  I have something similar already so I only touched them and didn't try them on.  They were fairly soft and not scratchy as one may think they can be.  I don't buy sweaters anymore as I seldom wear them.  I do buy cardigans but I only buy cashmere cardigans so I passed on these.  But for someone who doesn't have basic cardigans and doesn't need it to be cashmere/wool, then I think these are good alternatives. 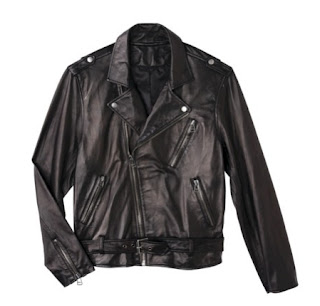 I didn't try it on as by the time I found them, there were only XL left.  I just figure what's the point of trying them on?  They don't look cheap to me in person but I would not use the word luxurious either. 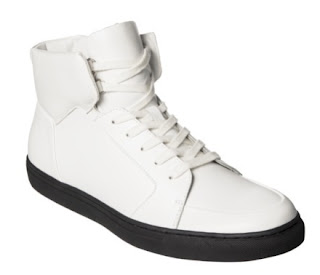 Again, I have too many pairs of shoes to bother with these.  They looked too plain for me.  I think people have enough basics already.  We need shoes that make statements! 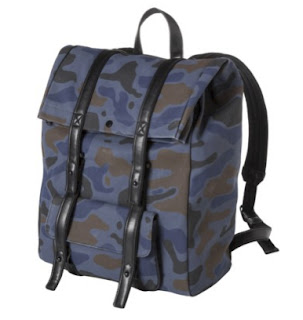 Unfortunately I did not see any bags during my foray this morning to Targets.  I'm sure they were fought over by my local bay area residents and then some.  I shudder to think what actually happened at my stores when they first open.  But I did get mine online last night so let's hope those get shipped soon! 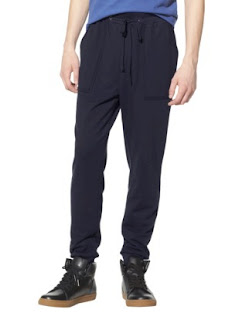 I picked up the zodiac night one.  It's nice and soft.  I also picked up a heather gray one with zippers without trying it on.  I just figure it look about the same size as the zodiac night one.  But later when I got home, I was trying everything on again and when I looked over what's still available online, I realized that the gray one is actually for women.  There are few subtle differences between the men's sweat pants and women's.  First the men's sweat pants has a drop crotch design.  But IMO it didn't drop low enough.  You see drop crotch pants was repopularized (in early 1990s, it was MC Hammer) by Rick Owens few years ago.  I almost feel that Phillip wanted to do a drop crotch sweat pants but refrained from it as it won't sell very well so we get this kinda drop crotch but not really drop crotch sweat pants....The women's sweat pants isn't as soft and doesn't have a drop crotch but it does have zipper pockets which I like because things won't fall out if you zip those pockets up.  In terms of sizing, surprisingly the women's large is the exact same size as men's large at the waist.  Another difference is length.  The women one is shorter but not by a lot.. about 3".  I'm 5'10" and the length of the gray one was fine on me.  However, because men's sweat pants is softer, I'll return the heather gray one and try to find the dark gray sweat pants.

I think this is a good effort by Target to give men some nice options for these designer collabs.  I feel there were a lot more options for men this time (compare to when Target collaborated with Missoni).  Obviously with Prabal and Wu, men were left out.  I'm glad we are included this time around.  In addition, I think Target controlled their inventory quite well.... so far anyway.  I believe the leather jacket for men is only available in SF Target store in the whole bay area (so said my tracker on Saturday afternoon).  I was hoping to get it at a discount when they go on sale but I'm doubtful if I can even find one in my size in person or online now without discount!  How was your shopping trip at Target this past Sunday?