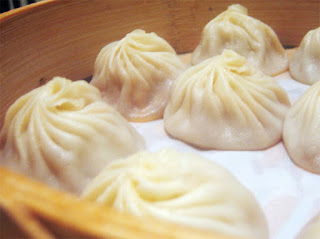 Din Tai Feng is literally all over the world.  Besides two US branches in Arcadia, there is also one in Seattle.  In addition, you can find these delectable Shanghai dumplings in HK, Japan, Australia, Indonesia, Malaysia, China, Singapore, Thailand, and South Korea!!
Posted by Purefecto at 9:00 AM